Our steering committee consists of our spokesperson, our vice-spokesperson, 2 PIs, our coordinator, a student´s ombudsperson (PI or postdoc, elected by our students) and 2 student representatives (1 PhD and 1 MD student). The members of the steering committee are committed to report to the DFG, mediate in case of conflicts, coordinate public outreach, manage all administrative hurdles and organize the educational program.

Speaker RTG2413 & Director of the Institute for Pharmacology and Toxicology, Medical Faculty, OVGU,PI of Neural Plasticity and Communication

The work in my lab concentrates on the molecular and cellular underpinnings of protein homeostasis at the multipartite synapse and their consequences for brain function during aging. My major goals within the graduate program SynAGE is to guide young scientists along their ways to develop their very own line of research, to support the intersection of ideas across disciplines, and thereby to catalyze discovery.

Head of the Department of Genetics and Molecular Neurobiology, Institute of Biology, OVGU

My work is devoted to the understanding of molecular mechanisms that mediate information processing in the brain and the control of behavior. In my group we are particularly interested in long-term change in GABAergic interneurons that control local circuit activity as well as extended network activity patterns in the limbic brain system. Our focus lies on unraveling the intracellular pathways controlling homeostatic plasticity in both GABAergic and their excitatory target neurons. We address the role of these cells with molecular and physiological tools in cell culture, genetically manipulated mice and following acut viral interventions.

I am a group leader at the Leibniz Institute for Neurobiology (LIN) Magdeburg. My scientific interests are devoted to synaptic molecules and the brain extracellular matrix and their role in neuroplasticity and cognitive functions.

I am member of the Board of directors of the Center for Behavioral Brain Sciences (CBBS) Magdeburg, steering committee member of the SFB „Neurobiology of motivated behavior“ and deputy speaker of the graduate school ABINEP. In 2019 I was elected as council member of the International Society for Neurochemistry (ISN).

My aim is to further support excellent young scientists – with a special focus on female researchers – by connecting, inspiring and promoting young careers in SynAGE and beyond.

My research in NPlast in Magdeburg and DOF in Hamburg is concerned with fundamental questions on how synapses communicate with the nucleus, how gene activity-dependent gene expression feeds back to synaptic function and how this is related to the formation of a cellular engram and last but not least how the nanoscale organization of the synapse determines functional properties in the context of learning and memory. We use a multi-disciplinary approach with studies ranging from single molecules to in vivo animal experimentation. We also address translational aspects where we try to understand whether the processes that we investigate might be relevant for disease. The Leibniz Group ‚Dendritic Organelles and Synaptic Function‘ at the ZMNH in Hamburg investigates how microsecretory systems and organelles in neurites are involved in synaptic function. We are interested in organelles like autophagosomes, lysosomes, and Golgi satellites and their local contribution to neurotransmission.

After studying Biochemistry at the Martin Luther University Halle, I did my PhD in Molecularbiology and Neurochemistry at the Leibniz Institute for Neurobiologie Magdeburg. During that time, my life focused on the presynapse-to-nucleus shuttling protein CtBP1.

Since 2017, I have worked as scientific coordinator at LIN and OVGU, especially at the center for behavioral brain sciences cbbs and the cbbs graduate program. I like to help young motivated students to complete their MD or PhD, which I am looking forward to continue and intensify at SynAGE.

Postdoc at the Department of Genetics and Molecular Neurobiology, Institute of Biology, OVGU & Ombudsperson SynAGE

My work aims for understanding neuronal mechanisms of stress resilience and vulnerability. Usually individuals cope well with aversive experiences, but if they become too intense or last too long, stress-induced neuropsychopathologies such as anxiety disorders or depression can occur. Using different models of stress in juvenile and adult rodents, we study how stress across the life span affects anxiety, learning and memory. Specifically we are interested on how such stress experiences shape local GABAergic interneuron circuits, signaling by modulatory neuropeptides as well as astrocyte-neuron-interactions in the dorsal and ventral hippocampus. To that end, we utilize biochemical and molecular tools such as high-resolution gene expression analysis with laser microdissection and quantitative PCR and combine it with testing emotional and cognitive functions in transgenic mice and after acute pharmacological and viral interventions.

My work concentrates on the protein homeostasis in the aging brain. Specifically I am interested in processes that lead to an altered protein expression and autophagy in the aged brain. Furthermore I want to determine the interaction and effect of anti-inflammatory and antidiabetic strategies to rejuvenate autophagy and neural protein homeostasis.

I am studying medicine at the OVGU in Magdeburg and in October 2018 I joined, as MD student, the Research Group of Neuroplasticity in the Leibniz Institute for Neurobiology. Here I am involved in studying the role of the synapto-nuclear messenger Jacob in the regulation of nucleolar functions and its possible effects on ribosome biogenesis and protein synthesis.

The aim of the CBBS graduate program is to connect students from the Otto von Guericke University (OVGU), the Leibniz Institute for Neurobiology (LIN) and the German Center for Neurodegenerative Diseases (DZNE).

Under the umbrella of the Otto von Guericke Graduate Academy (OVG-GA), you can find on their webpage useful information about upcoming events on the campus dealing with neuroscience, they organize lectures focusing on state-of-the-art methods used in neuroscience and organize social events.

Are you life-scientist? Are you connected to Magdeburg? Are you interested in networking with other researchers, join our events, be a mentor or seek one, share experiences about dual career or the balance of career and family? Then join our network via www.fsn.ovgu.de!

The goal of the FSN is to connect all life-scientists associated to Magdeburg- independent whether Magdeburg was the starting point, an intermediate stop or the goal of your career.

The task of the network is to connect alumnae and currently in Magdeburg working scientists, to win them as role models or mentors for future junior scientists and to highlight various career paths inside and outside academia.

02.03.2020 – Satellite Workshop on the Learning and Memory Symposium 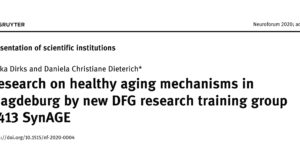 The full article can be found here. In case of questions contact our coordinator Anika. 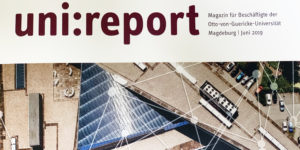 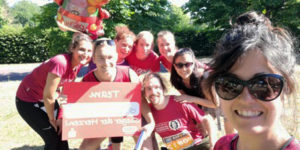 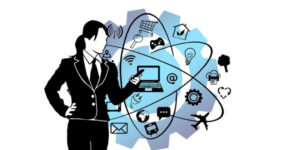 Career Day – Perspectives for Women in Life Sciences Also this year, students took the chance to get information about several career opportunities and sharpening their soft skills and networks.SynAGE, … 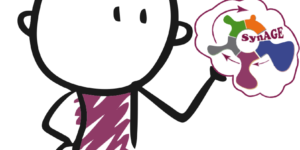 For the traditional long night of science, our SynAGE students organized several games at the Leibniz Institute for Neurobiology and the Zenit. From 6 p.m. to midnight we explained to …